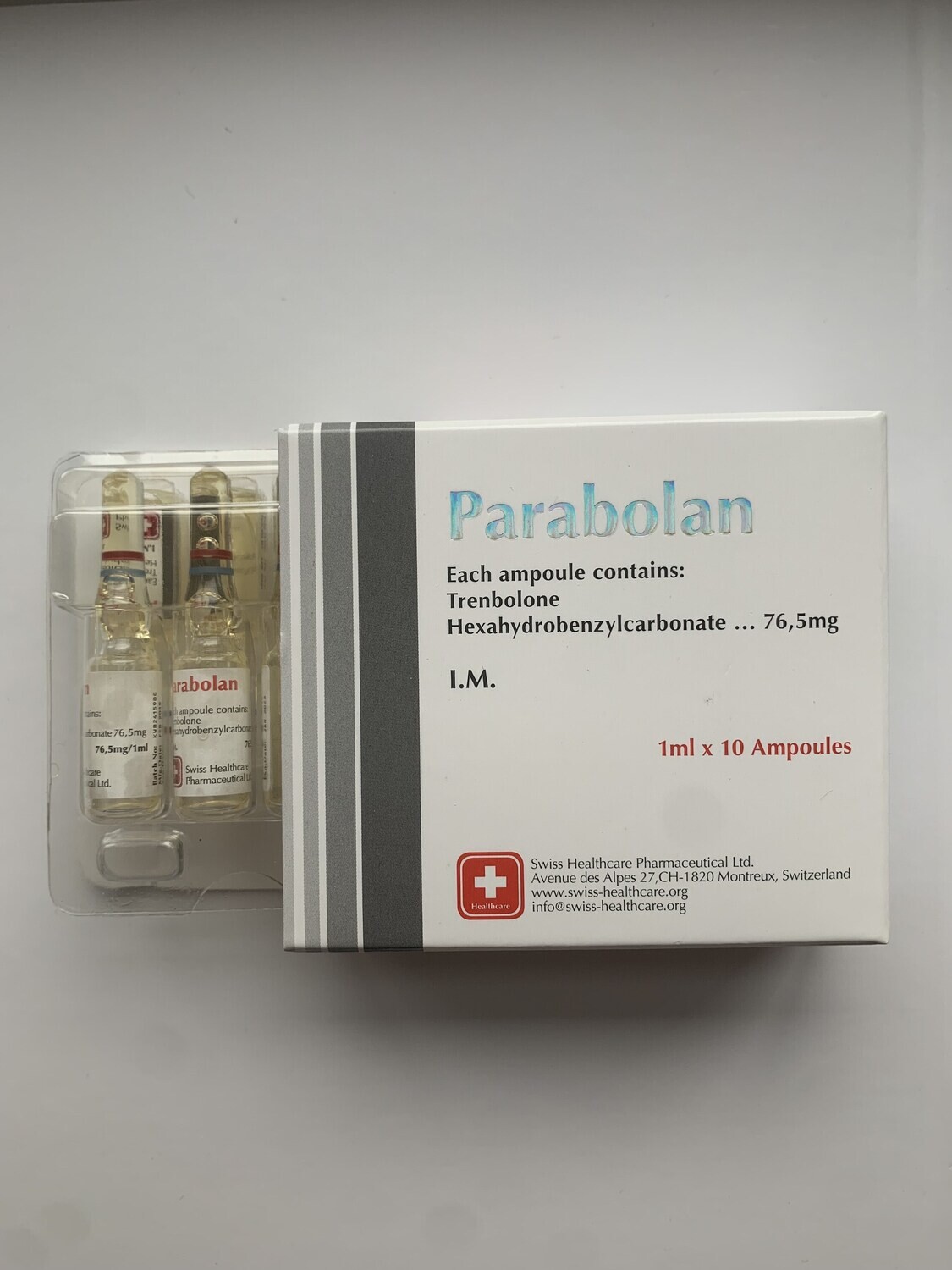 Parabolan , had been recognized among the most powerful steroids on the steroid market. The ester Hexahydrobenzylcarbonate is almost identic to Enanthate ester, regarding the time release in the body. By being similar to enanthate, injecting it two times per week is more than enough for keeping the blood levels as steady as possible.

Parabolan, in bodybuilding and also in powerlifting, has become the most desired injectable steroid compound. This is not without reason since Parabolan is truly a phenomenal, unique product.

Parabolan is a strong, androgenic steroid which also has a high anabolic effect. Whether a novice, hard gainer, power lifter, or pro body-builder, everyone who uses Parabolan is enthusiastic about the results: a fast gain in solid, high-quality muscle mass accompanied by a considerable strength increase in the basic exercises. In addition, the regular application over a number of weeks results in a well visible increased muscle hardness over the entire body without dieting at the same time. Frequently the following scenario takes place: bodybuilders who use steroids and for some time have been stagnate in their development suddenly make new progress with Parabolan. Another characteristic is that Parabolan, unlike most highly-androgenic steroids, does not aromatize. The substance trenbolone does not convert into estrogens so that the athlete does not have to fight a higher estrogen level or feminization symptoms. Those who use Parabolan will also notice that there is no water retention in the tissue. To say it very clearly: Parbolan is the number one competition steroid. When a low fat content has been achieved by a low-calorie diet, Parabolan gives a dramatic increase in muscle hardness. In combination with a protein-rich diet it becomes espe-cially effective in this phase since Parabolan speeds up the metabolism and accelerates the burning of fat. The high androgenic effect prevents a possible overtraining syndrome, accelerates the regeneration, and gives the muscles a full, vascular appearance but at the same time, a ripped and shredded look.

Most athletes inject Parabolan at least twice a week; some bodybuilders inject 1-2 ampules per day during the last three to four weeks be-fore a competition. Normally a dosage of 228 mg / week is used, corresponding to a weekly amount of three ampules. It is our experience that good results can be achieved by injecting a 76 mg am-pule every 2-3 days. Parabolan combined with Winstrol works especially well and gives the athlete a distinct gain in solid and high quality muscles together with an enormous strength gain. A very effective stack is 76 mg Parabolan every 2 days combined with 50 mg Winstrol every 2 days. Athletes who are interested in a fast mass gain often also use 30 mg Dianabol / day while those who are more interested in quality and strength like to add 25 mg + Oxandrolone / day. Probably the most effective Parabolan combination consists of 228 mg Parabolan / week, 200 mg Winstrol Depot / week, and 40-50 mg Oral-Turinabol / day and usually results in a drastic gain in high quality muscle mass together with a gigantic strength gain. Parabolan also seems to bring extraordinarily good results when used in combination with growth hormones (HGH).